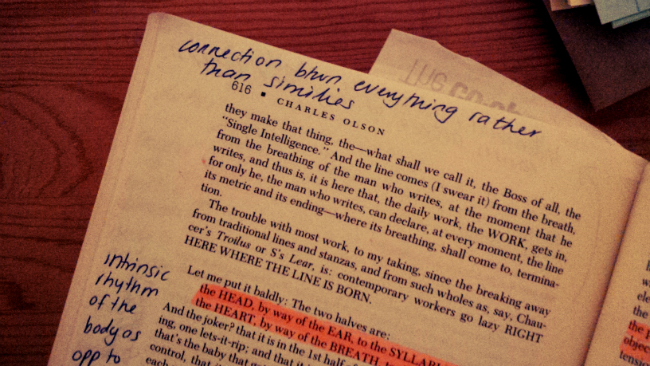 As Hoover points out in the anthology, James Laughlin was primarily known “as the leading publisher of avant-garde poetry” and the founder of New Directions Publishing.

Laughlin was born into one of Pittsburgh’s leading steel-making families in 1914. He attended Harvard University before embarking on a trip to the Europe where he sought out Gertrude Stein and Ezra Pound. Upon his return to the US he founded New Directions Publishing with money from his father. The first edition of the New Directions in Prose & Poetry series was published in 1936. The anthology included experimental writing from contributors such as Elizabeth Bishop, E. E. Cummings, Marianne Moore, Pound, Wallace Stevens, and William Carlos Williams. In the following years New Directions emerged as the publisher who shaped the careers of countless poets and playwrights including Tennessee Williams, Paul Goodman, George Oppen, Robert Creeley, Lawrence Ferlinghetti, Gary Snyder, Kenneth Rexroth, Denise Levertov, and Robert Duncan.

His own writings however remained mainly unknown outside of literary circles. As John A. Harrison and Donald W. Faulkner point out in the Dictionary of Literary Biography:

"[Laughlin] is perceived as a minor poet, in part because he has chosen to publish so little [...]. That [he] continues to apologize for his poetry is unfortunate, for it has been recognized as fresh, concise, full of wit, of impeccable quality, lucid, ironic, and often intense."

Laughlin received the National Book Foundation Medal for Distinguished Contribution to American Letters in 1992. He died in 1997 at the age of eighty-three.

My below poem is a found poem which was inspired by Laughlin’s “The Inn at Kirchstetten”. Laughlin’s poem claims to be the reproduction of “notes pencilled in the margins of a book of the Dichtungen of Georg Trakl”. My poem “flippant tone” is likewise entirely made up of marginalia – in my case from the notes left by the previous owner of my copy of “Postmodern American Poetry”.