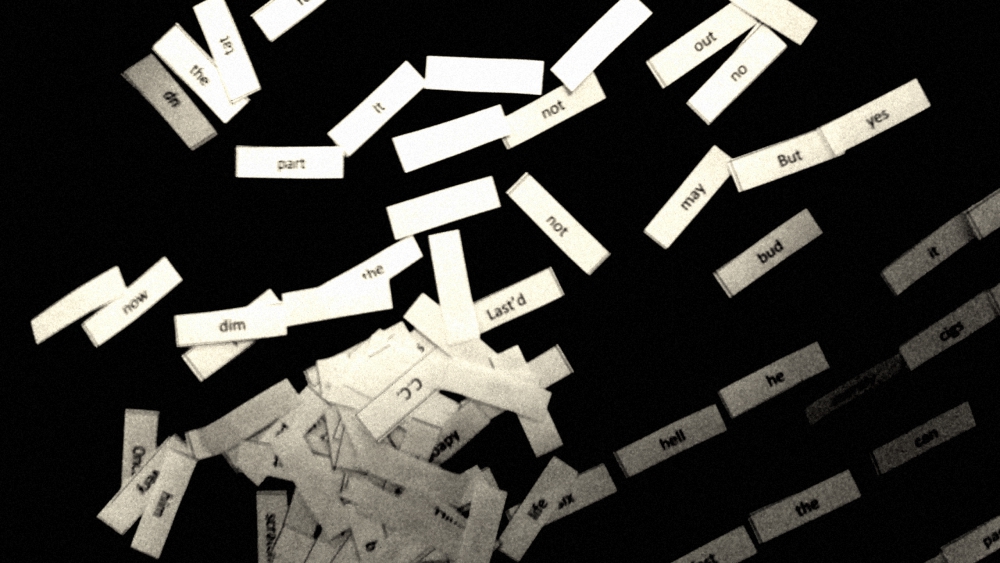 Clark Coolidge is associated both with the language movement as well as the New York School. In addition to his career as a poet, he also works as a jazz musician – a fact which is easily recognised in his music use of sonic and syntactical patterns in his work which (as the Poetry Foundation puts it) “engage, and generate meaning”.

In a 1968 poetics statement, Coolidge noted, “Words have a universe of qualities other than those of descriptive relation: Hardness, Density, Sound-Shape, Vector-Force, & Degrees of Transparency/Opacity.”
But apart from these musical elements, it is also abstract painting which provides a strong reference point for Coolidge. As Hoover sums it up in the anthology:

“His arrangements of seemingly unrelated words […] can create a puzzle of disjunction for the uninitiated reader. Yet, once the reader suspends any demand for narration or linear organisation, the words are free to come into relation, like the abstract yet liquid shapes in a Tanguy painting.”

In relation to this Hoover draws attention to a quote by the painter Philip Guston which Coolidge liked to refer to in reference to his understanding of arrangement and movement:


“It cannot be a settled, fixed image. It must of necessity be an image which is unsettled, which has not only not made up its mind where to be but must feel as if it’s been in many places all over this canvas, and indeed there’s no place for it to settle – except momentarily.”

My own response took Guston’s idea of the constant movement of the (poetic) image quite literally. Taking Coolidge’s “Brill” as a starting point, I set out to rearrange the words of the poem as if they had moved on from their “momentary” positions in the original poem. I created a sound piece from the resulting work.