"I HATE SPEECH" - Ron Silliman once suggested that this little phrase by Robert Grenier “announced a breach - and a new moment in American writing”: the Language School.

Robert Grenier’s work takes many forms – from little file cards in a box (Sentences), to a “book-length broadside” of poems (Cambridge M’ass). In his early career he was famous for his minimalist one-line poems (read some thought about them on Ron Silliman’s blog here), whereas his recent works are exploring cognition itself and focus on “making explicit […] the “coming to recognition” process of reading” (Ron Silliman).

I sincerely invite everyone to take a look at the texts by and about Grenier online – it is truly ground-breaking amazing stuff.

I felt, my own response to Grenier really had to be something more than just a few words on a page, so instead I decided to overlay our living room window view with words. See the result below. 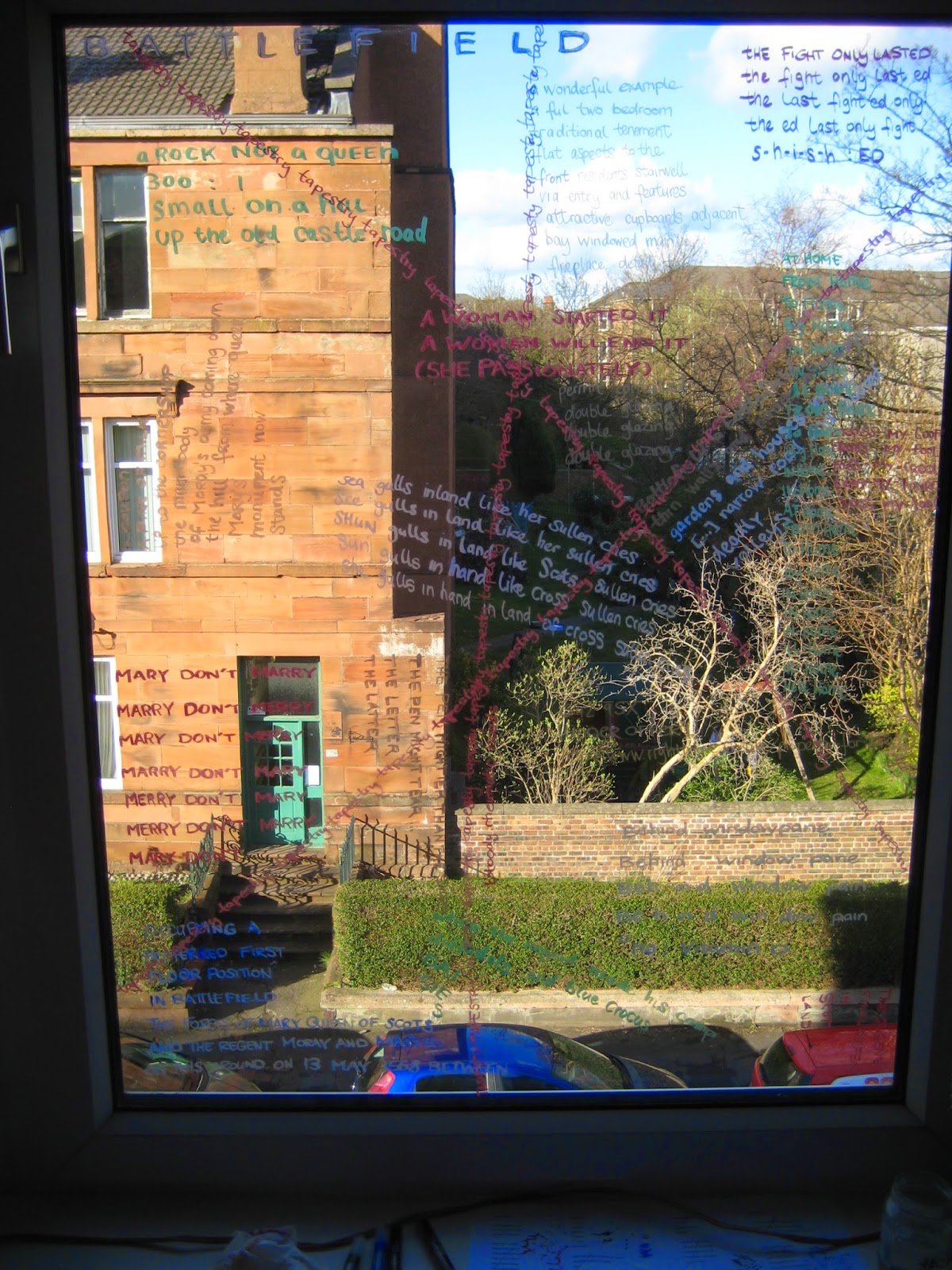 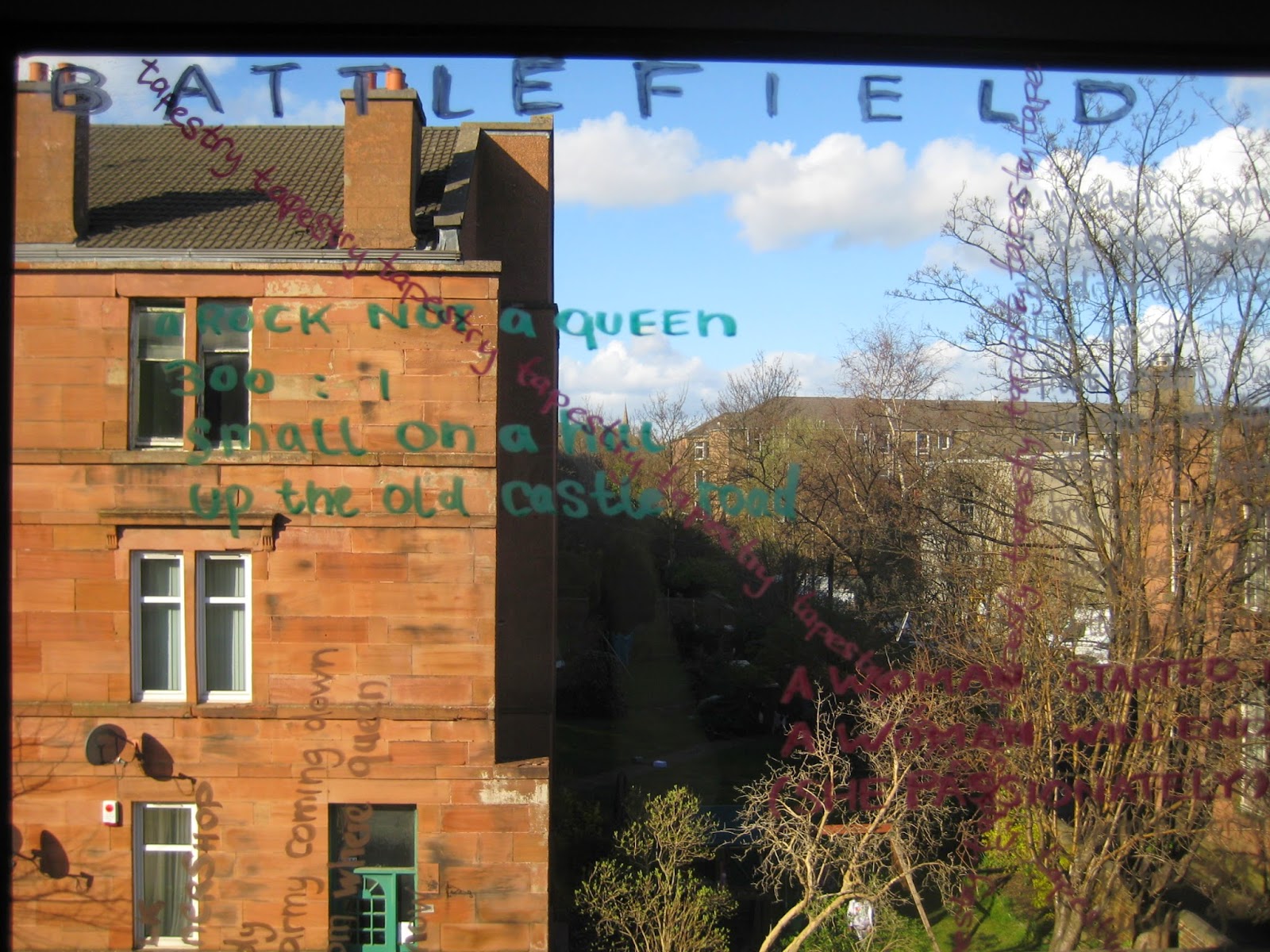 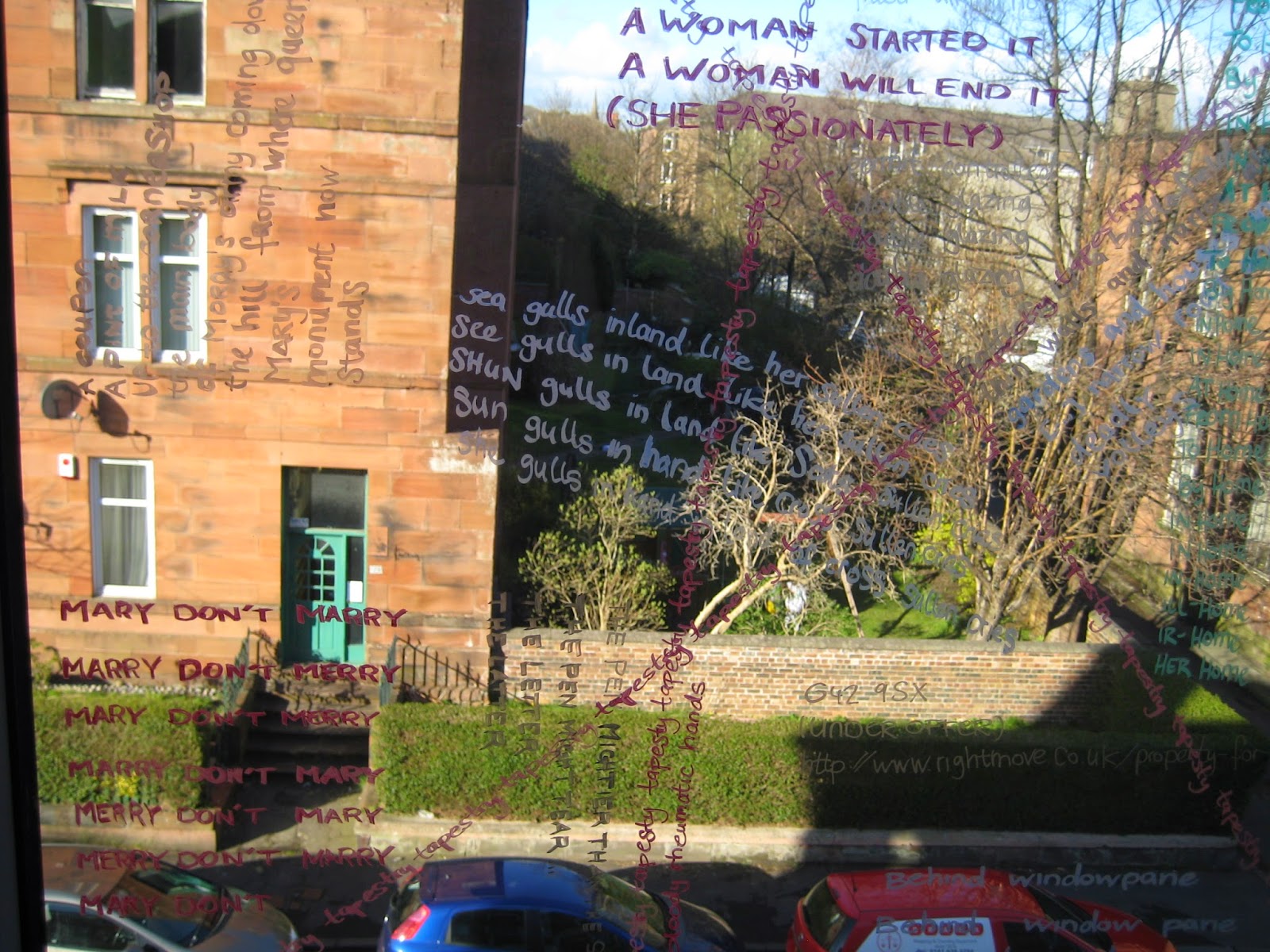 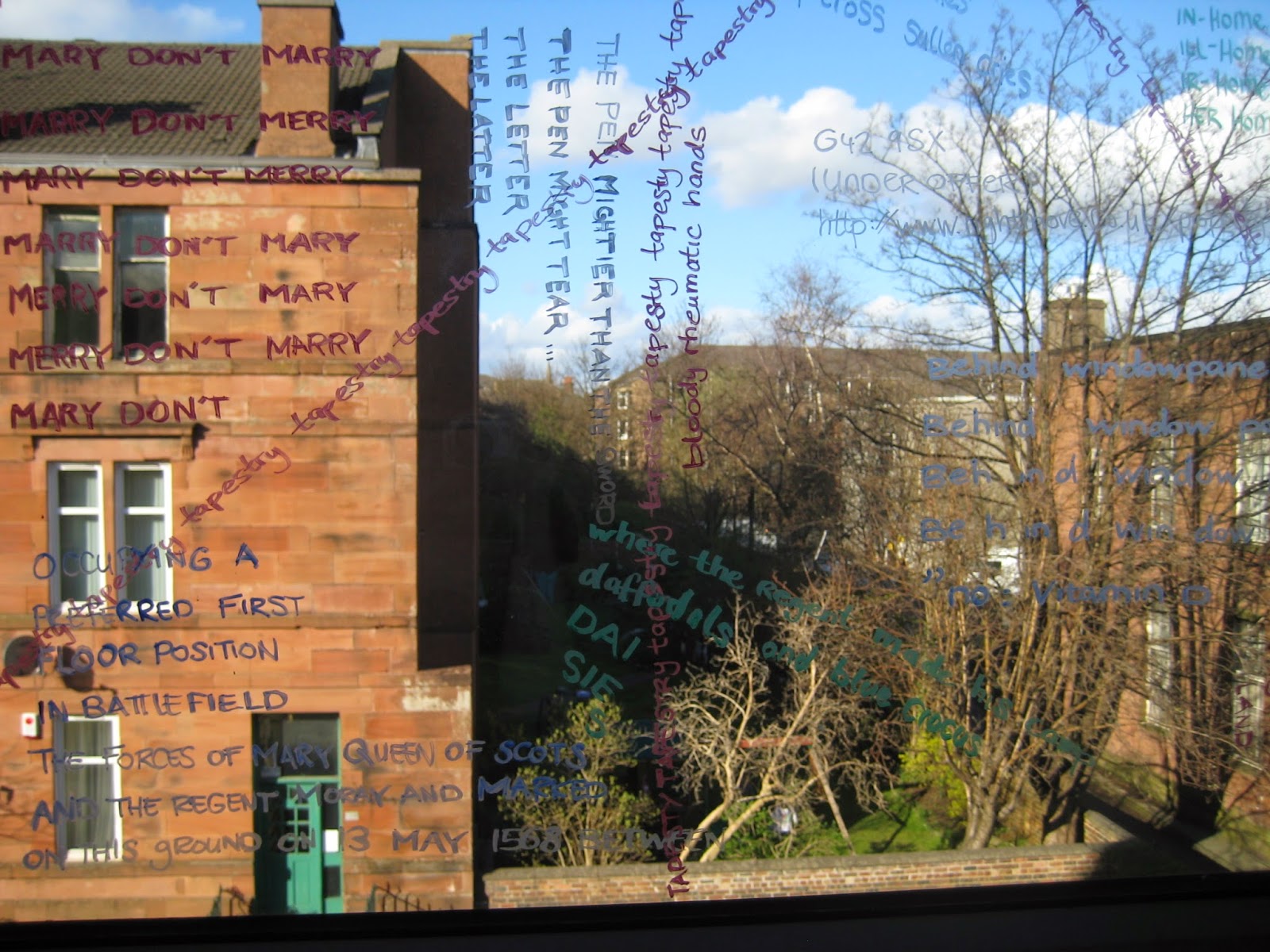 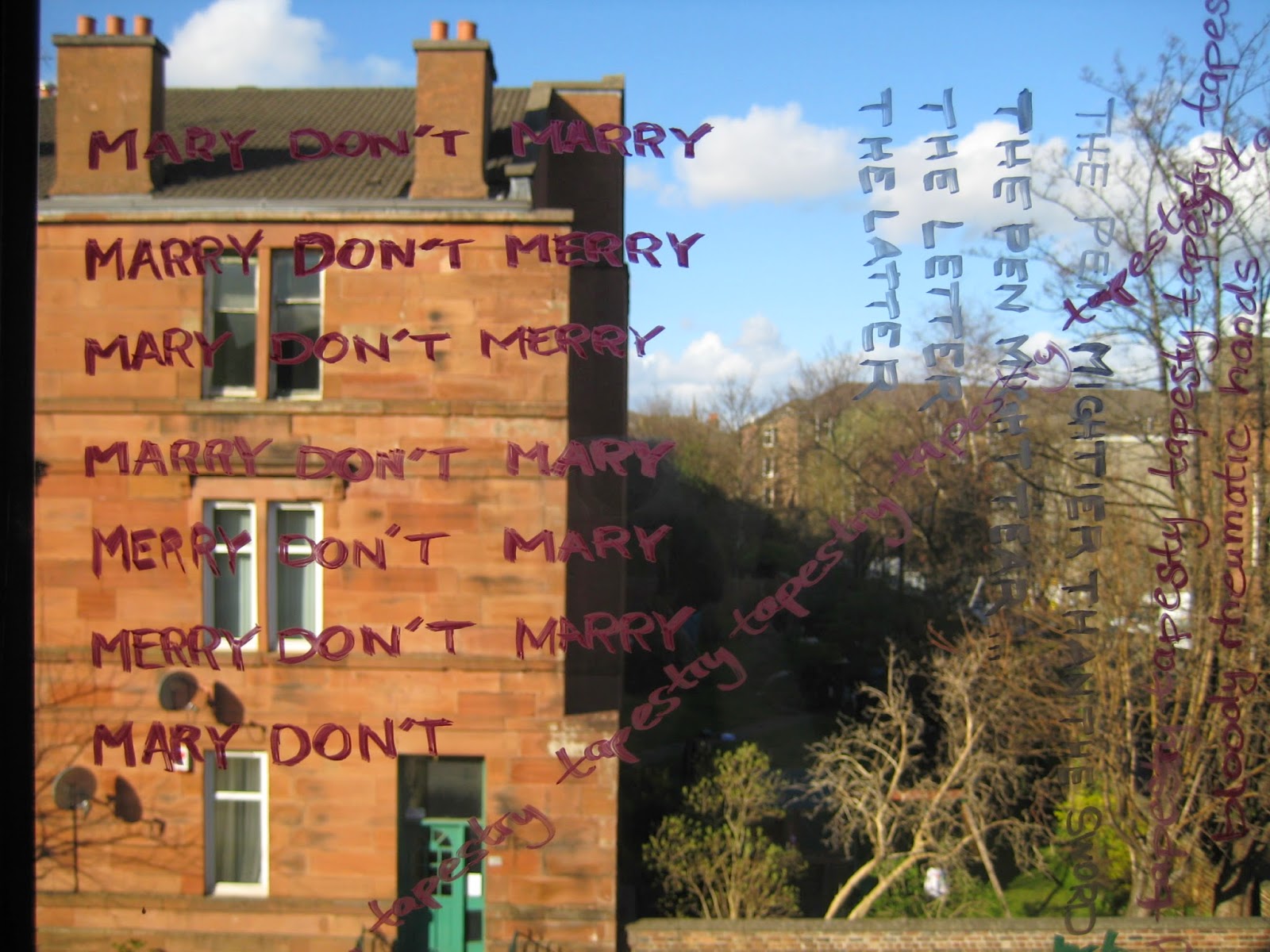 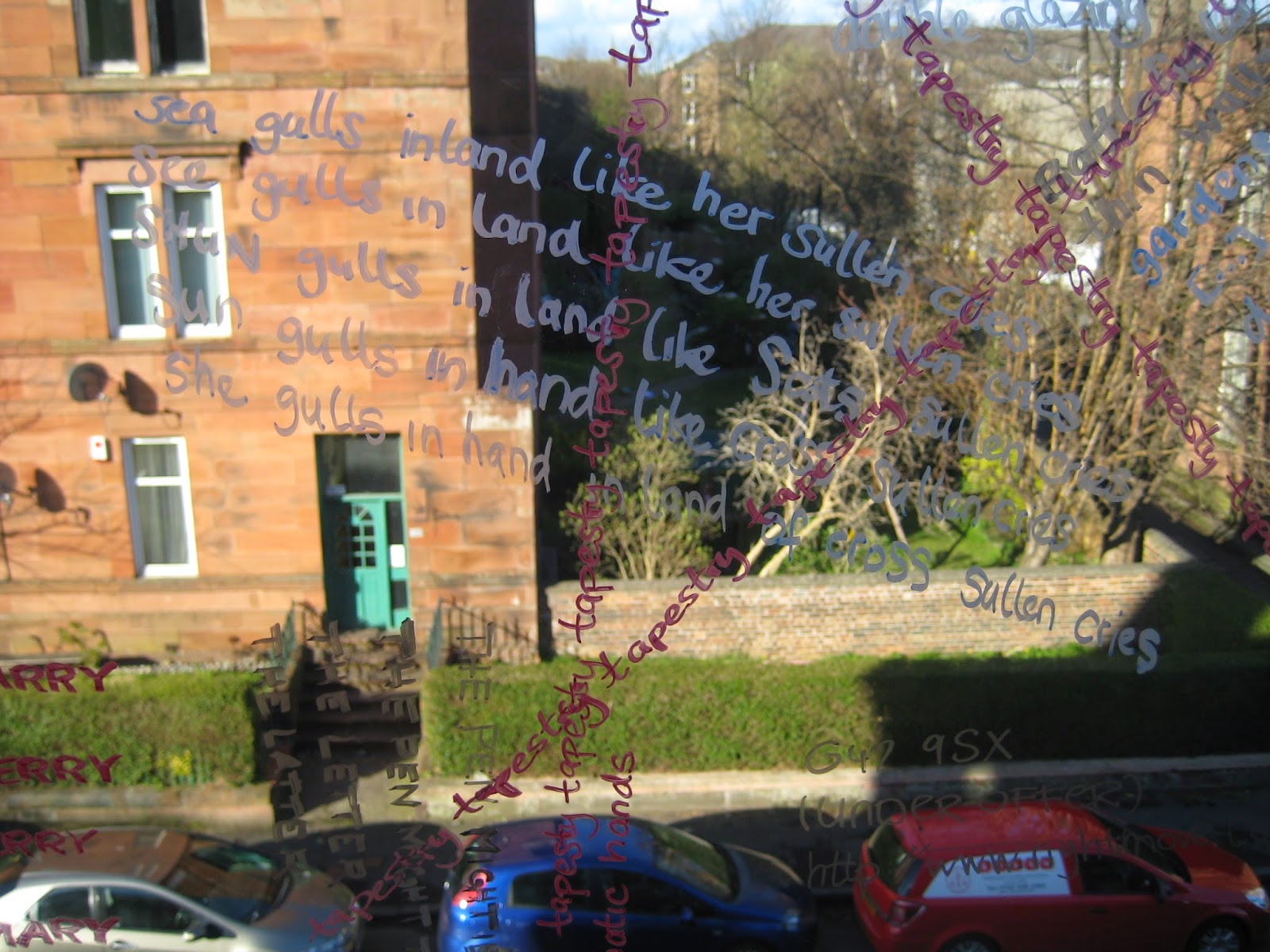 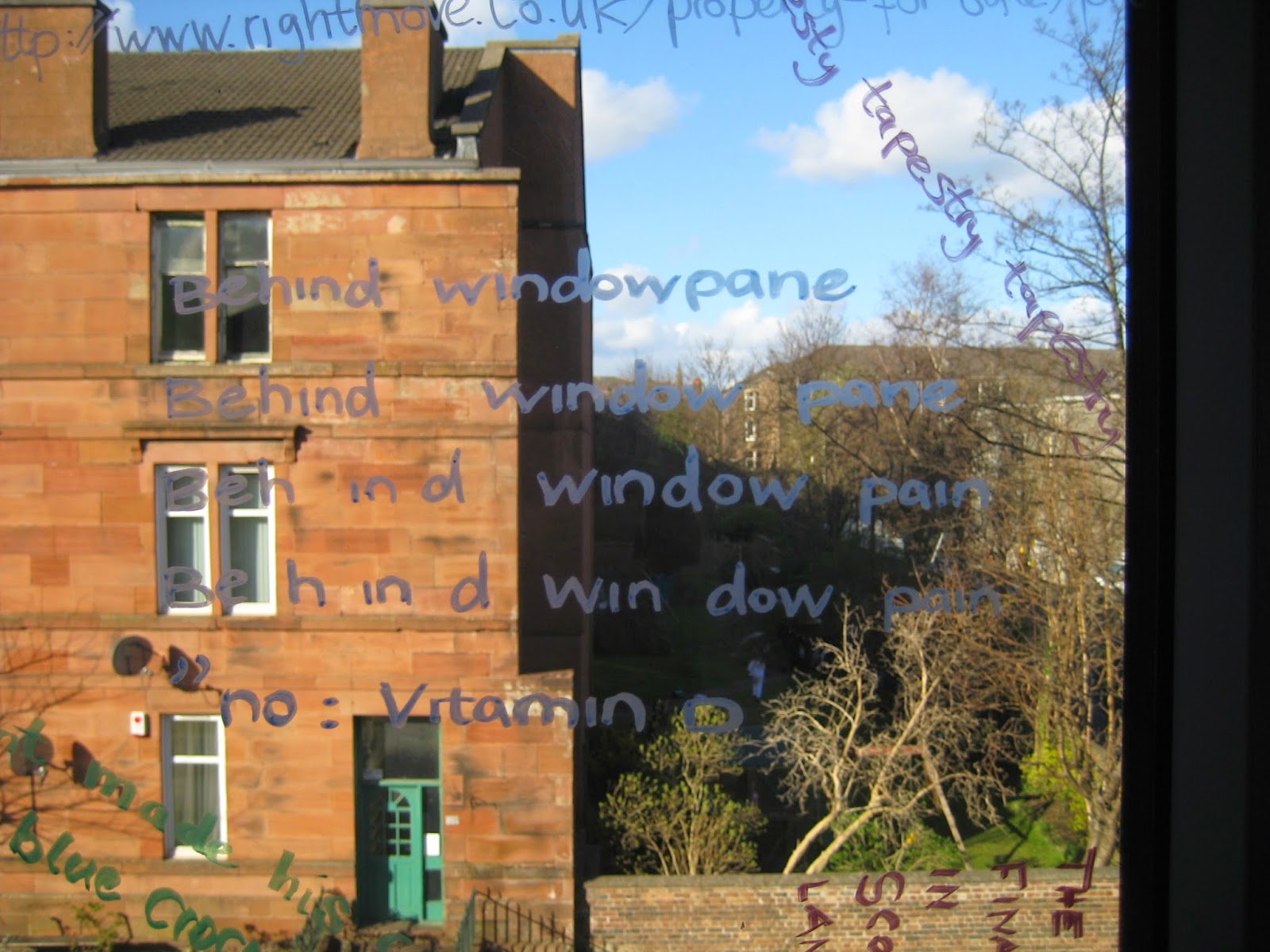 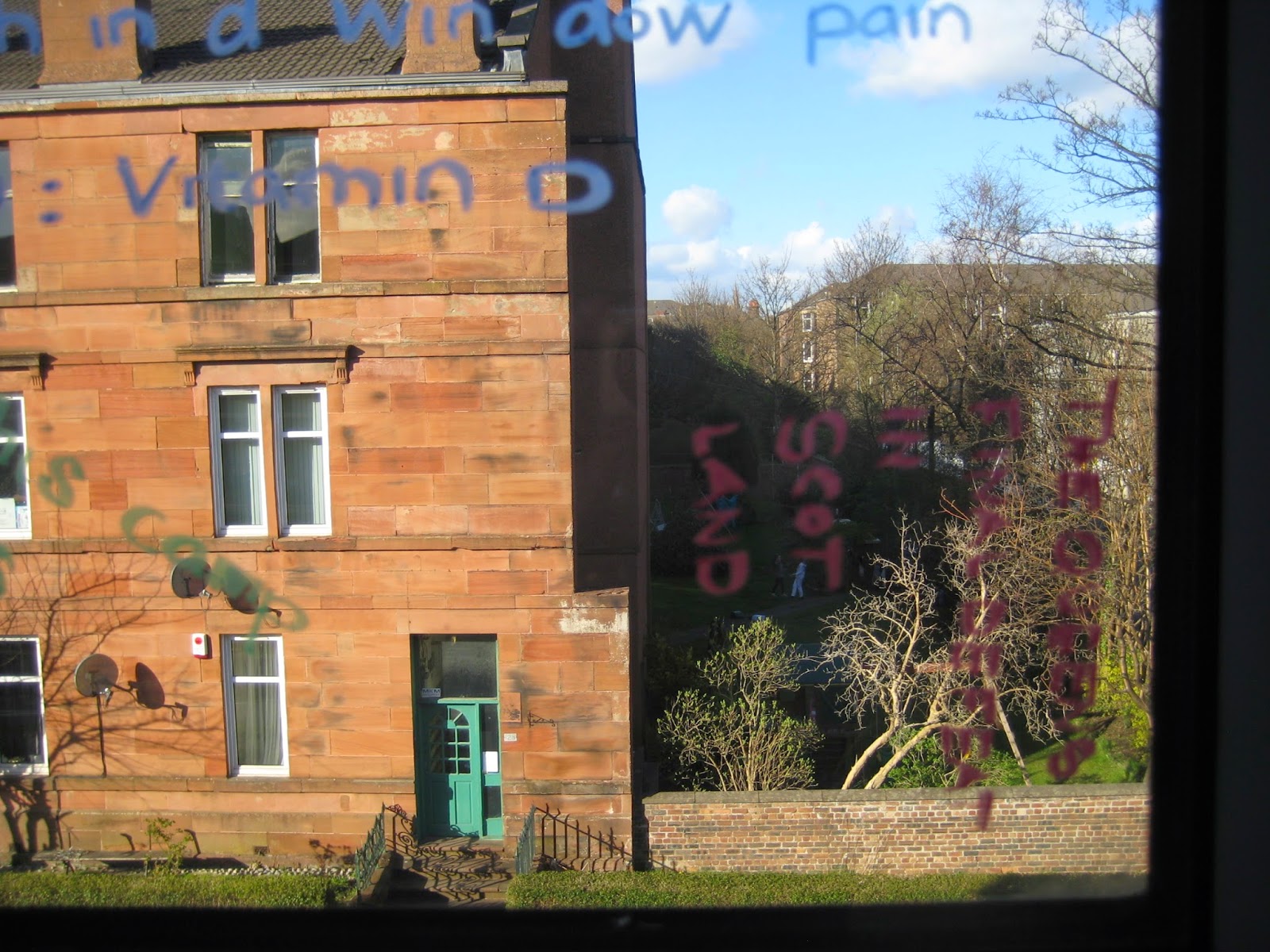 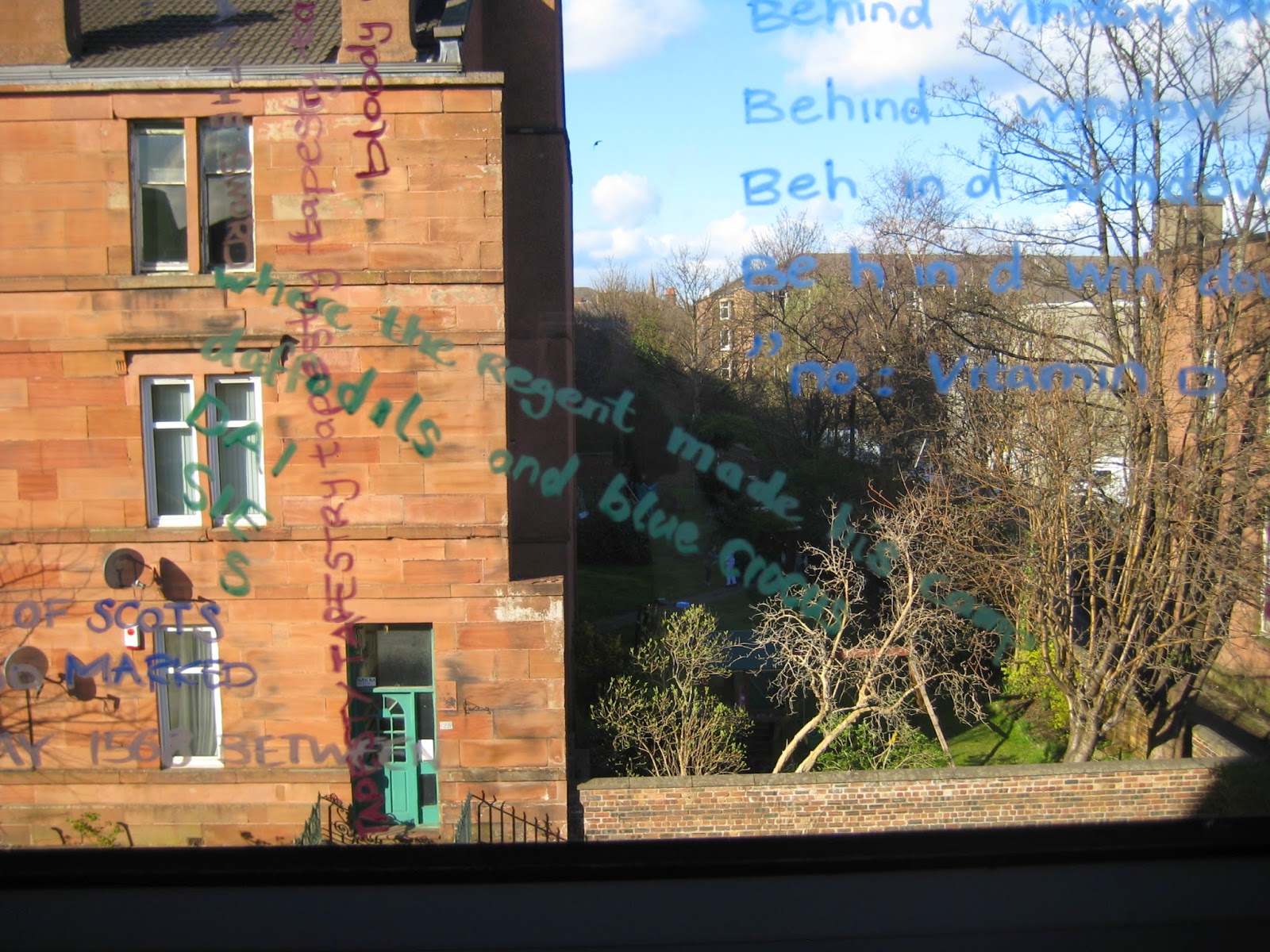 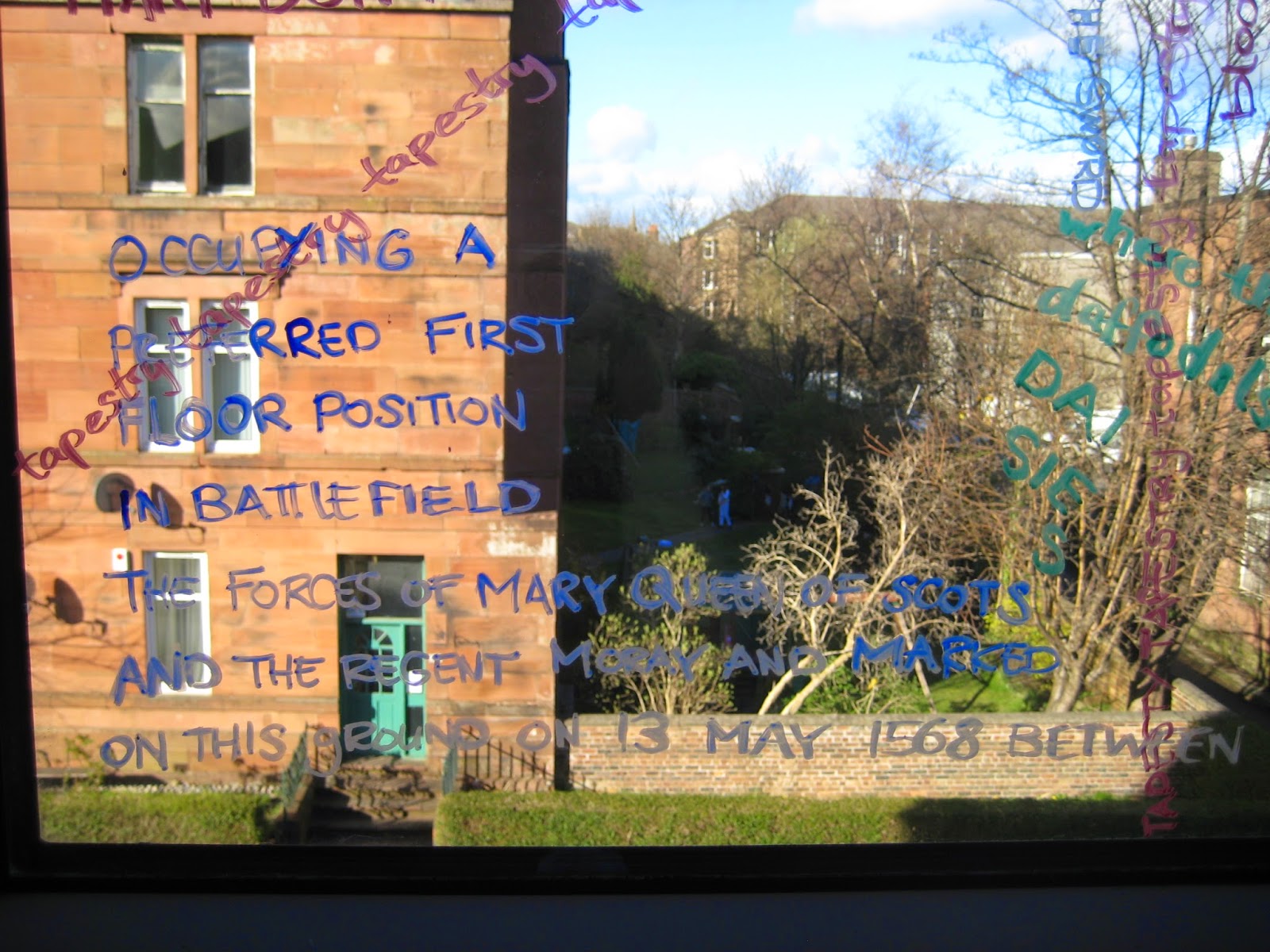 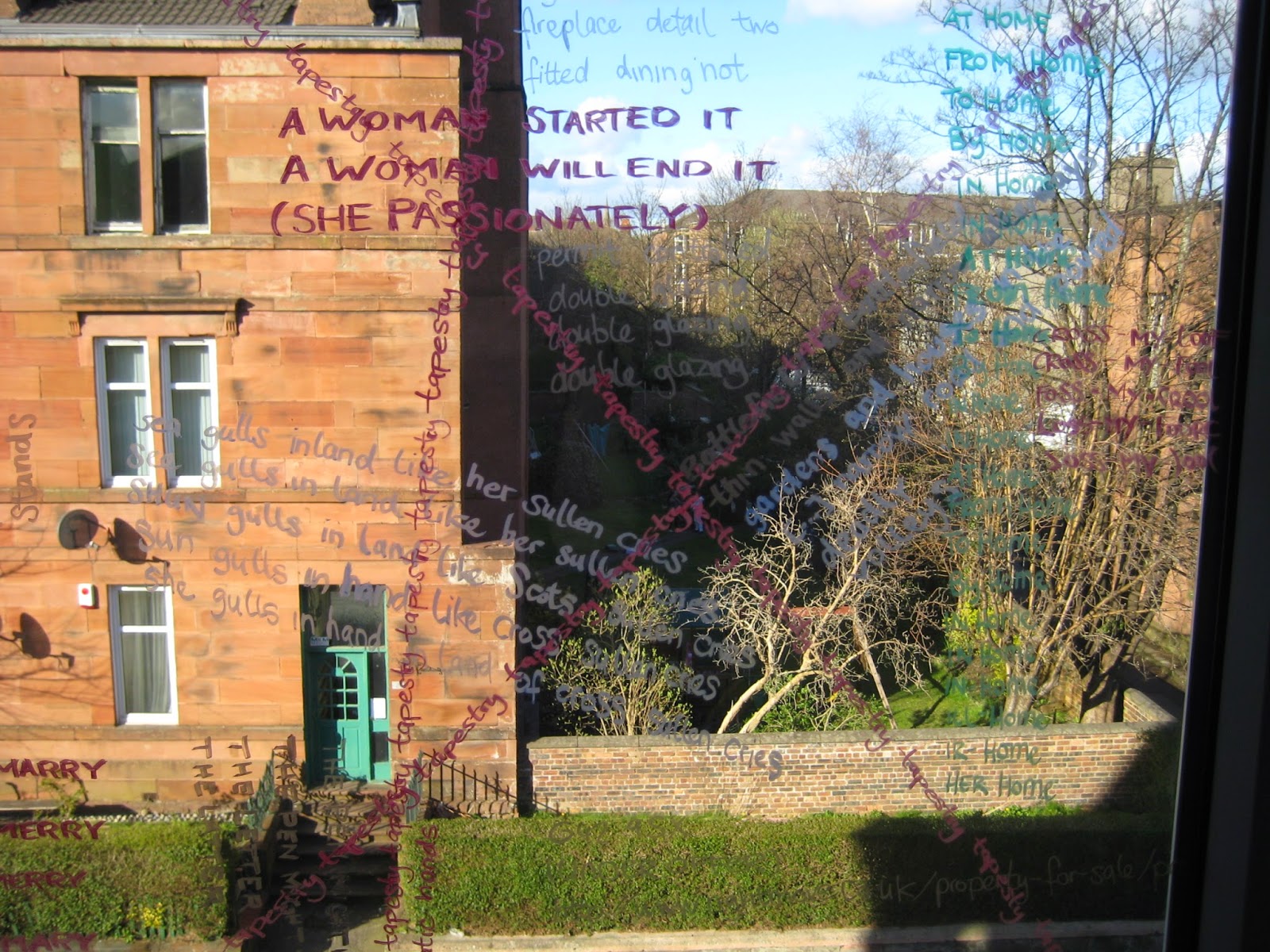 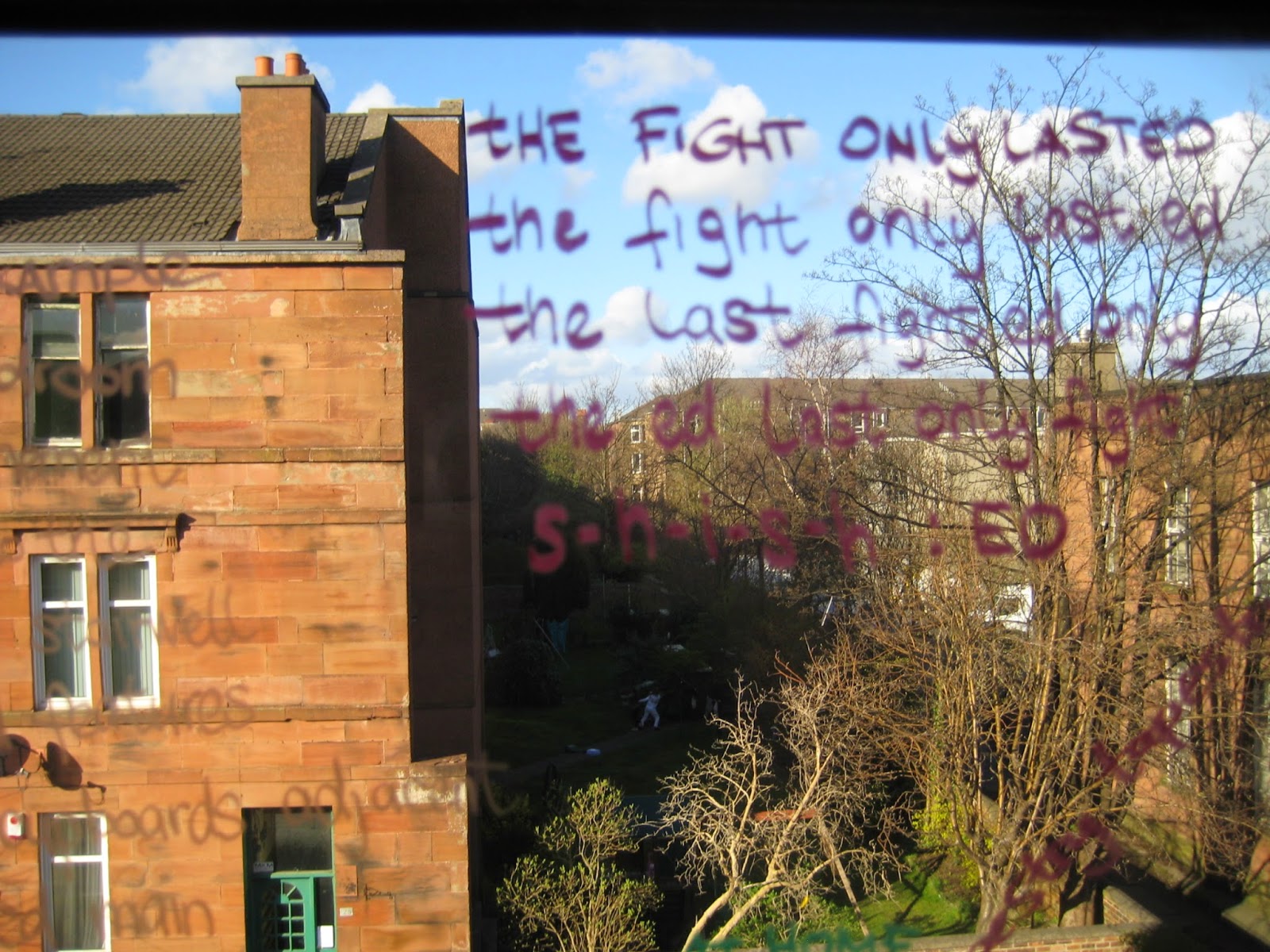 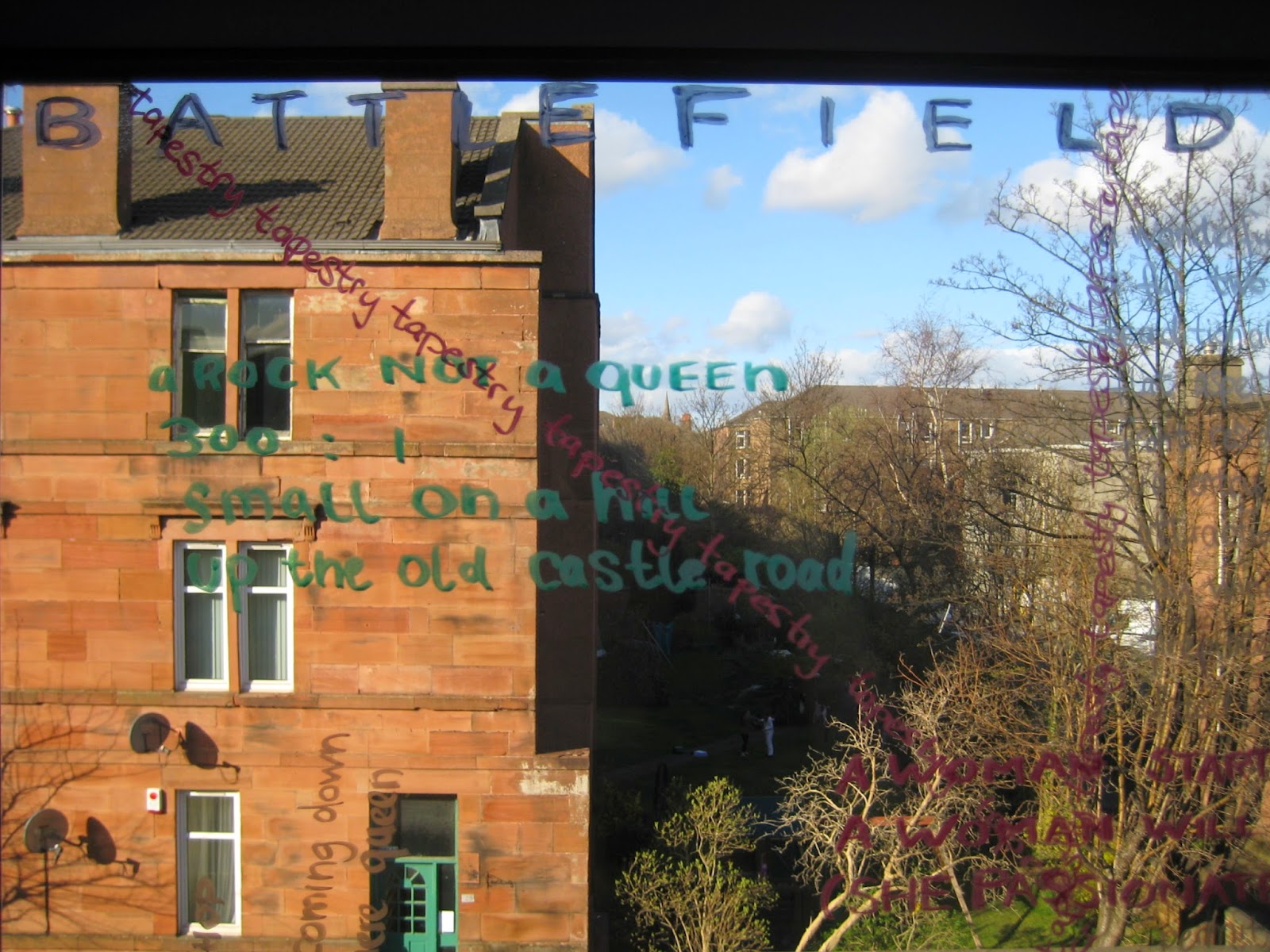 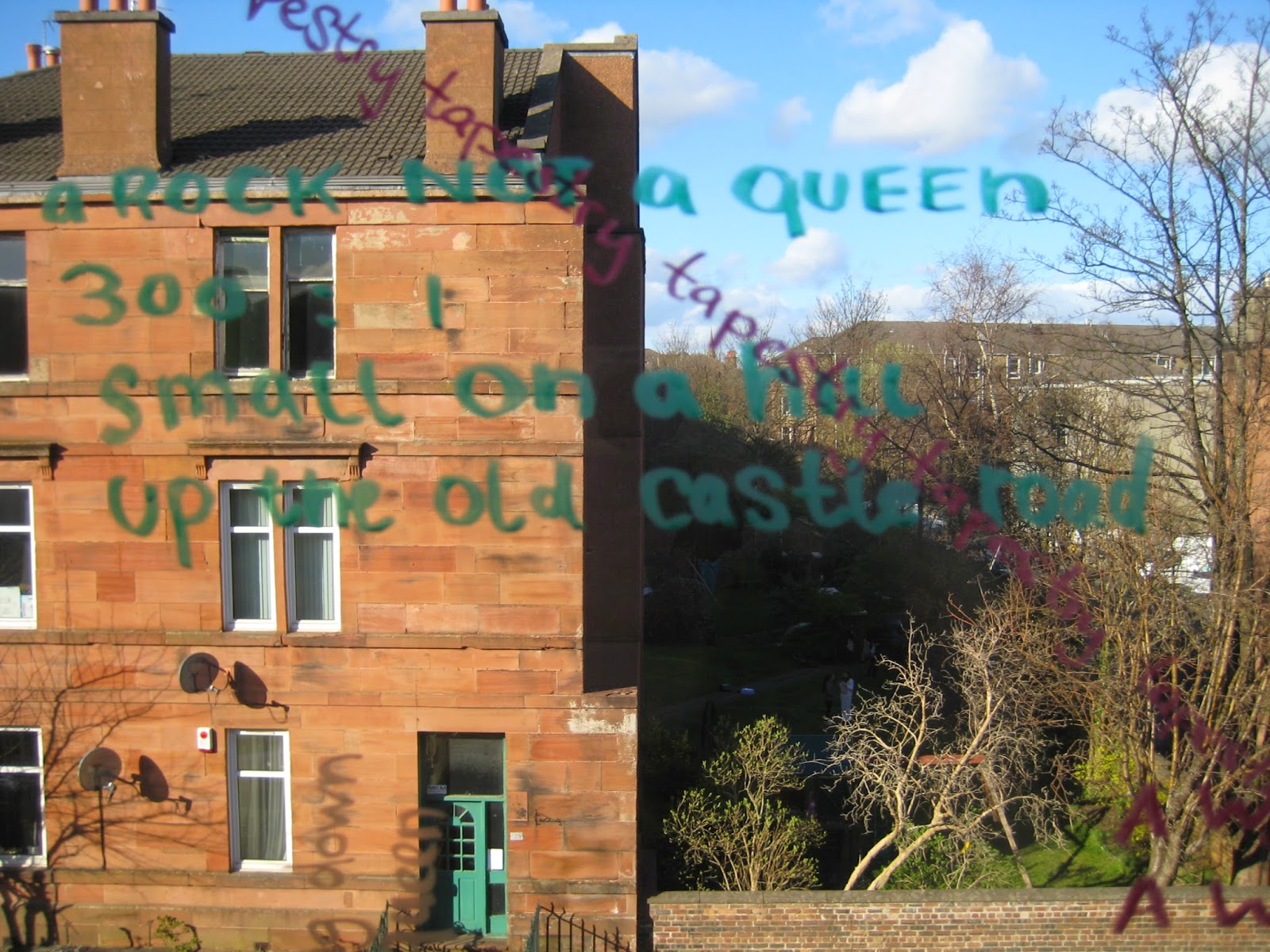 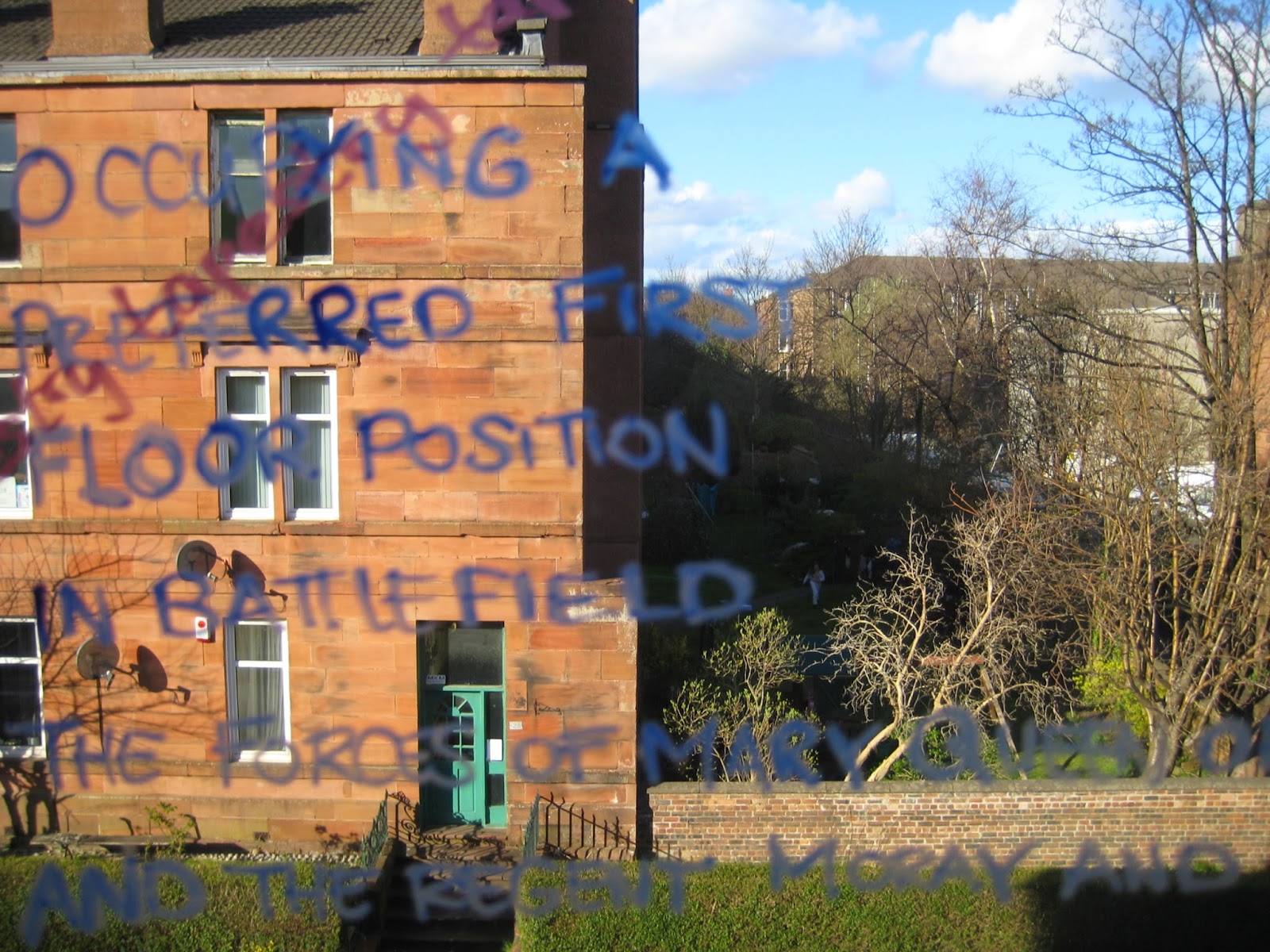 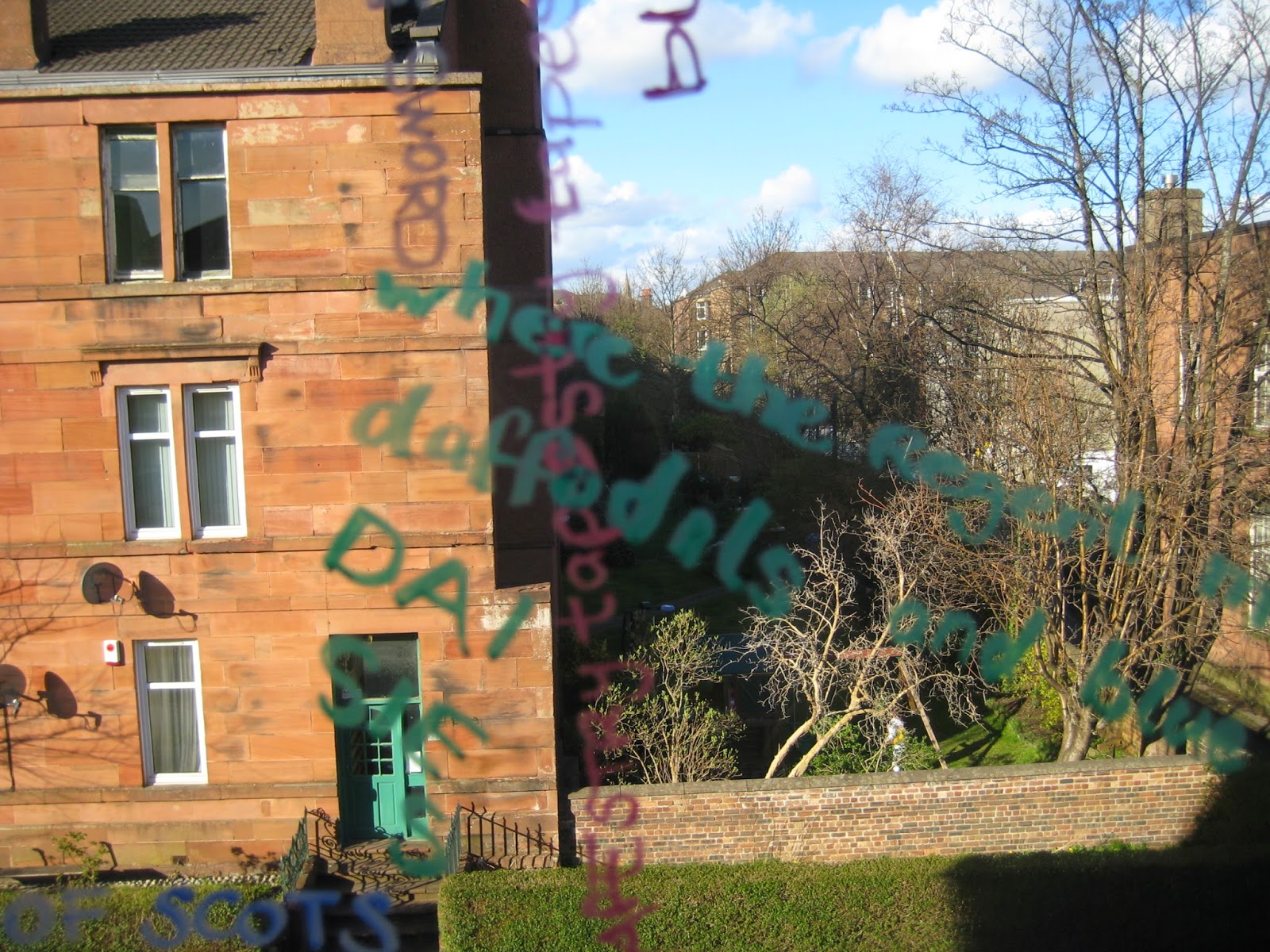 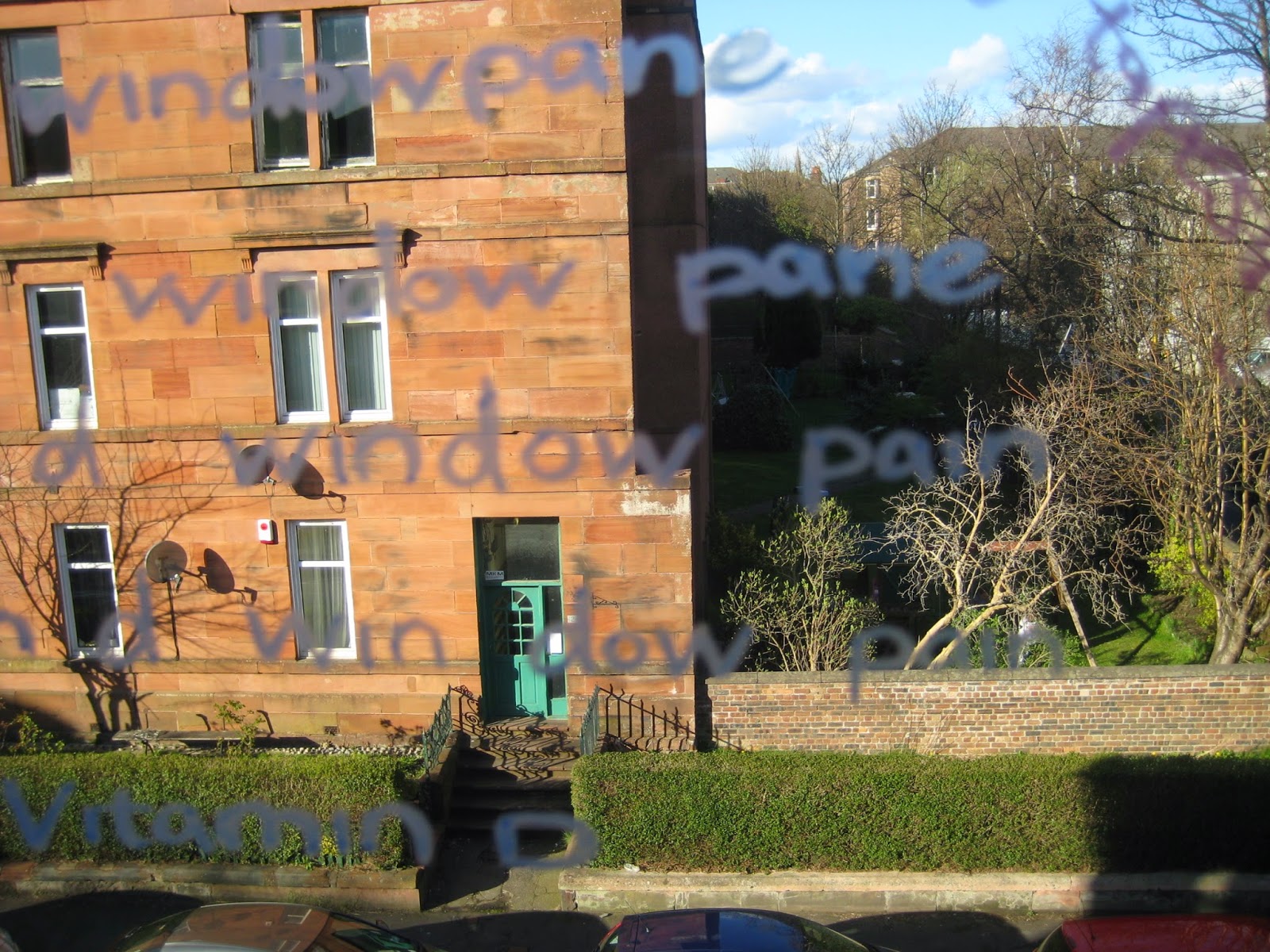 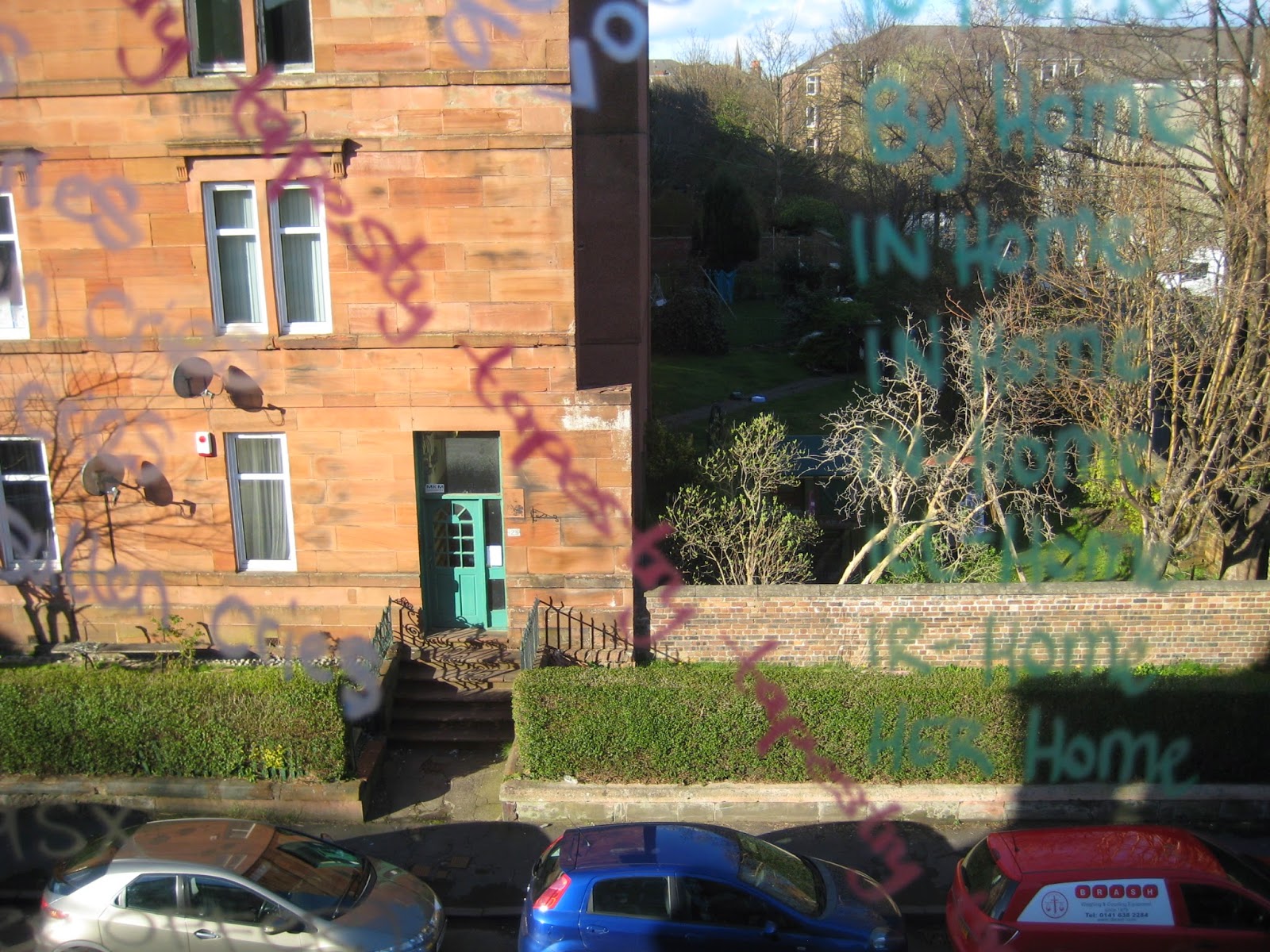